The recent revelations as to the gross disparity between Catholics and Protestants in the Public Prosecution Service (of 169 prosecutors, 110 identify as Catholics, 50 as Protestants and 9 express no preference) has illuminated a wider problem in relation to the exclusion of the Protestant, Unionist, Loyalist (PUL) community from the mechanisms of the ‘process’. 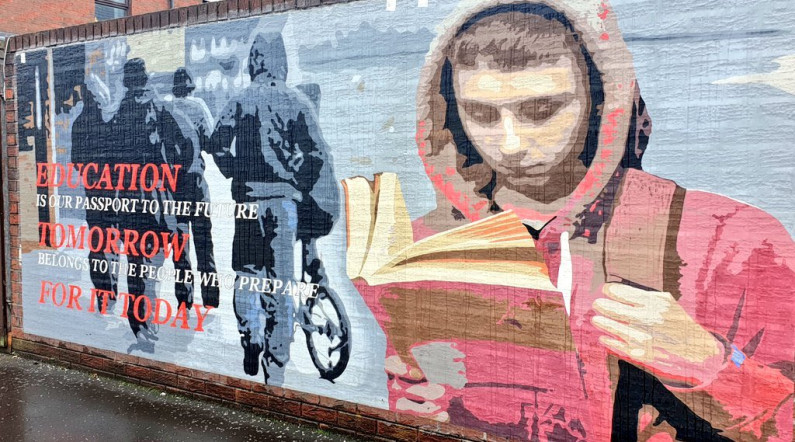 There will be two terms repeatedly used in this article. One is peace and the other is the process. It is necessary to particularise both at the outset.

Peace, in my view, is an absence of violence. Those committed to peace are committed to pursuing their political objectives, or continuing ‘conflict’, using purely peaceful and democratic means. I am committed to such an approach, and I believe that is the position of the vast majority of right thinking citizens in Northern Ireland.

The process is the political mechanisms and structures born out of the Belfast Agreement. A process, by its very definition, has a beginning and an end. If you want to know the end of the process, it is necessary to look to its underpinning statute, the Northern Ireland Act 1998.

The end point envisaged in the statute is a referendum on a United Ireland, which is a perpetual process until such times as the answer is yes. If we reach that point, then there is no ‘return mechanism’. There is no statutory provision for a vote if the people of Northern Ireland wish to return to the United Kingdom at a future point. As such, it is plain to see that the process ends when the union ends.

This is simply basic logic which is straightforward and obvious when you look to the enabling statute, described by the Supreme Court (outrageously in my view) in Robinson as a “constitutional statute”.

If you then accept the reality that the process only ends when a United Ireland is achieved, then how can any unionist participate in that process, which is by its very structure designed to eradicate the union?

That a 20-year propaganda campaign has lulled unionists into a false sense of security, in so far as becoming enablers of the process, is the real unspoken scandal.

Flowing from the Northern Ireland Act and related Belfast Agreement contrived statutes there are a range of bodies set up to fuel the process. This includes, to take one example, the Parades Commission which is designed to inhibit the growth of the parading tradition. The mere fact that new parades are to be judged less favourably illuminates that the core purpose is to impede growth. A holding position is to regulate the current traditional parades, and for the most part that regulation is more akin to strangulation and eventual eradication.

This is just one example of how public bodies are created by virtue of the process, and all such bodies operate from a core statutory purpose of enabling structures which are designed to aid a process of ending the union.

It is necessary, for such a ‘end the union’ strategy to prevail, that the PUL community are denied the means of combatting the advancement of such political objectives.

We must start by looking at where the political conflict is being fought. The ‘battlefields’ are courts, media, civic society and the democratic process. The weapons of conflict are education, community empowerment and an ability to articulate your message in the media and wider society.

That is why there has been a 20-year state sponsored effort to empower nationalist communities to effectively take-over the legal and media profession, alongside a constant feeding of a political concession meter to appease Sinn Fein and advance their electoral growth.

Simultaneously there has been a 20-year campaign to criminalise loyalist communities, and funding which has been put into community development is often designed to advance ‘reconciliation’ and cross community cultural understanding. This is all lovely and very heart-warming; but how does it assist our community in the ongoing political and legal conflict?

When it comes to education, our community are given employment opportunities to become taxi drivers, door supervisors, fork lift drivers, hairdressers or nail technicians. All these jobs are very important, but I look at the nationalist community and see that employment pathway opportunities leading to the legal profession, the media profession or other professional vocations.

It is this designed disparity in equality of opportunity which is at the core of the disempowerment of the working class PUL community, the purpose of which is to cripple the capacity of our community to resist the trajectory of the process.

Put in a funding application and say you want to take loyalist young people, put them through legal training with the purpose that they will become activist lawyers to advance the cause of unionism via strategic litigation to challenge the one-sided political process.

Then put one in and say you want to put loyalist young people through legal training in order that they can advance the cause of the peace process and develop all-Ireland links.

One project will be funded, and one will not. Both projects seek to use purely lawful means to advance a political objective, but one will be deemed legitimate and the other illegitimate.

As such, those who support peace have an equal right to advocate for, or against, the process. If you accept that is true, then it logically follows that any community empowerment, or transition, should treat all those who are in support of peace equally; regardless of whether that commitment to peace is also in the context of support for the process, or if the commitment to peace exists alongside a genuine held opposition to the process.

However, that is not the case. Community empowerment and transition works from the base point of seeking to assist those in favour of the process, whilst impeding those who would oppose it. That undermines the credibility of assertions that it is all about empowering communities or creating a culture of lawfulness.

A culture of lawfulness must include the right to become an activist in the legal arena, to engage in ‘lawfare’ to put it bluntly, with the objective of using the law and democratic process to frustrate or attack the process and the ‘establishment’ it has given birth to.

If, for example, a young loyalist decides that they oppose the Parades Commission, but rather than rioting or engaging in unlawful actions to express their opposition, instead they want to use the law to try and destroy the Commission, is that not legitimate? Is that not genuine transition and promoting a culture of lawfulness?

Transition and a culture of lawfulness must mean the freedom to engage in participative lawfulness in the form of becoming empowered to pursue political objectives- even those in opposition to the process- by purely lawful and peaceful means.

The same applies in relation to transition- the objective of delivering a culture of lawfulness for statutory agencies in their view means empowering gatekeepers to exercise covert rather than overt coercive control, in order to secure political obedience and subservience to the pre-determined trajectory of the ‘process’.

Ending coercive control in communities as part of transition must mean that all persons are free to pursue their political objectives using purely lawful and peaceful means, and all persons have equality of opportunity to obtain the tools via education or personal development to enable that.

The establishment exercises coercive control in the form of funding projects which are politically correct when viewed through the prism of the ‘process’, and opening doors for those who are prepared to act as process enablers. Simultaneously those who wish to oppose the process, using purely lawful and peaceful means, are impeded, isolated out of civic society and restricted from accessing pathways developed by statutory agencies to enable empowerment.

If you say to a young loyalist that they can only access education or pathways to enhance their capacity if they espouse the correct political viewpoint, then that is a form of coercive control. A failure to conform results in access to empowerment opportunities being denied.

The problem is obvious, and so it is for the PUL community to take steps to remedy it. We must demand equality of opportunity and commit ourselves to empowering young activists to become activists in the law, in the media and the wider political arena.

The lost transition for the loyalist community is the pathway from ‘warfare’ to ‘lawfare’. Our young people have been subjected to a 20-year propaganda campaign which subtly seeks to dehumanise and create a glass ceiling. The narrative has been created whereby the PUL community is viewed as some kind of underclass, who have no capacity to engage in the law, become journalists or play a role in civic society.

That narrative is a lie. It is an illusion. It is time for the loyalist community to believe in our own ability. To battle and fight for every educational opportunity going, to refuse to accept doors being closed and to use every accountability and legal mechanism possible to fight every single issue which we perceive to be an injustice.

It is time the PUL community joins the fight!