The latest fanatical drive to lockdown must be resisted, especially when it comes to restricting exercise. Even in Guantanamo Bay, prisoners are allowed to use the gym. 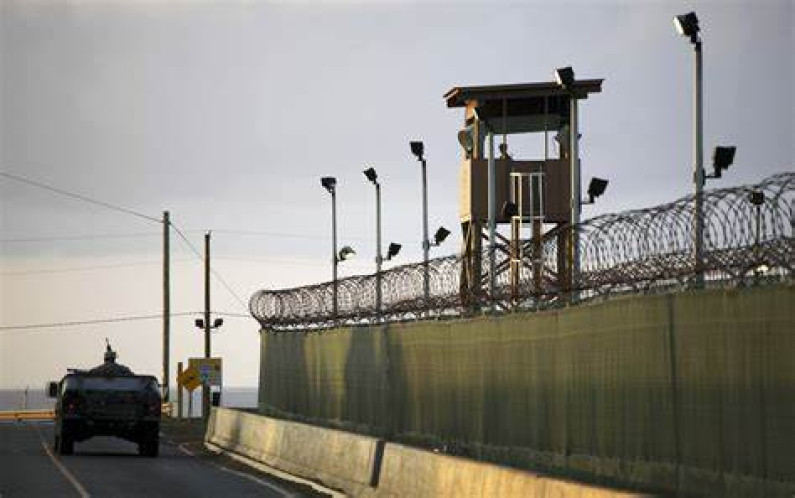 A campaign has been launched by gym owners in Northern Ireland. In it they highlight a number of salient points. For many, the ability to go to the gym and exercise is an essential part of physical and mental health.

People may not have the luxury of a large BT9 garden or a spacious exercise room in their 5 bedroom house, especially fitted out for Pilates and Yoga. Indeed, some people who rely upon access to gym facilities may live in a small flat with no spare space, let alone the luxury of a garden.

That would leave such persons- in the event of another lockdown of exercise facilities- the choice of trying to venture out in the rain and cold at the height of winter to try and find a public space, without any equipment, in order to exercise. It is as absurd as it is cruel. Even in Guantanamo Bay, prisoners are provided with gym facilities.

The cost to the health and well being of citizens should access to gym facilities again be robbed away in arbitrary fashion is immeasurable.

Let us never forget how the PSNI at the start of lockdown decided that they were going to criminalise travelling to exercise. I challenged this absolute absurdity, with pre action protocol proceedings initiated against the PSNI. Inside 24 hours ACC Todd had performed a volte-face and decided that, in fact, the PSNI had (again) got it wrong (although that admission did not come in as many words, such contrition is a quality noticeably absent from the PSNI).

Thus far the Executive and PSNI have stumbled from one gaffe after another, causing chaos for the hospitality industry, small traders and most recently car washes.

I am personally representing two car washes in the North Down area who were unlawfully closed by the PSNI. The over-zealous ‘Covid team’ arrived at the premises on 27 and 28 November respectively and ordered their closure. In one instance they issued a prohibition notice and £1,000 fine, despite being told- in explicit terms they were acting unlawfully. (It wont be lost on many how the PSNI can relentlessly pursue small businesses but had no such zeal when it came to pursuing Sinn Fein for the IRA funeral of Bobby Storey).

Both of the car washes specialised in MOT washes, accordingly they were specified essential businesses pursuant to Regulation 7A (2) (n) of the Health Protection Regulations (Amendment 17) in force at the relevant time. One was also within the ambit of a petrol station therefore further fell within Regulation 7A (2) (n).

Not to be deterred by something as inconsequential as the law, the gallant PSNI nevertheless proceeded to enforce their will, at the direction of Inspector McClaron and ACC Todd (in any other walk of life messrs McClaron and Todd would have been sacked long ago for incompetence).

The PSNI then (again) embarked on another retreat- announced via an internal email on 08 December (they hoped no one would find out about it). I revealed the existence of that email on 09 December and on 11 December the PSNI, in a response to a media query, revealed that indeed they had decided to stop closing car washes as they had been forced to seek ‘clarification’ from the Executive on an apparent distinction between ‘essential’ and ‘non-essential’ car washes. Leaving aside how utterly ludicrous that is (I am laughing as I type), it illuminates that the Regulations are clearly incompatible with the Article 7 quality of law requirements. If the state itself can not understand their own laws, then its preposterous to expect the ordinary citizen to be able to regulate their behaviour accordingly. It is hard to see how a challenge based on Article 7 grounds would not succeed.

It is in this context of chaos that we have another seemingly relentless and fanatical drive towards a full lockdown. Bizarrely many from the younger generation, in a bizarre act of self-harm, are the ones polluting social media with increasingly excessive demands for the state to molly-cuddle them and protect them from every eventuality.

They demand that the state must enforce draconian restrictions on all citizens. This may seem extreme to most people, but for the generation of twitterati fanatics it is perfectly rational (in their minds) given that their basic political belief is they are morally enlightened on all things and therefore the state should enforce their preferences on all us lesser immoral beings. A circular social media echo chamber reaffirms this moral superiority and as such the opportunity to act as curtain-twitching busybodies has been manna from heaven, for such persons. A quick read over some of the reports to the PSNI ‘snitch line’ demonstrates the weird world these people inhibit.

Strangely enough it is the Twitterati generation (those most unlikely to die as a result of the virus) who are most adamant that the state must forcefully lockdown society. It is not the generation who came through the war and the decades before the invention of social media or the nanny-state, who demand lockdown. Indeed many elderly persons have spoken out forcefully against imposed lockdowns. Those most at risk are not those who are most fanatical.

The reason for this strange phenomenon is not that the Twitterati generation are caring souls with a deep affinity with the older generation. Let us remember how the liberal elite and Twitterati mobs hoped that all the elderly (who were for the most part in support of Brexit) would die off and thus the Brexit vote could be reversed by the youthful. Rather it is simply the latest moral cause that the fanatics can use to reaffirm their social status (judged by their Twitter engagements) by moralising about the righteousness of their (twitter inspired) groupthink conclusions.

The state cannot protect against every possible harm or eventually. The State is not your nanny who is going to wrap you in a comfort blanket, cuddle you to sleep and read you a bedtime story. The world requires personal responsibility and a personal decision on what risks to take, or not to take.

Article 8 protects the privacy of the private lives of citizens, yet now our Christmas dinner tables are to be regulated to ensure they comply with the enforced laws of the State. Where does this madness end?

Lockdown’s do not work. I finish with the words of Lord Sumption QC, former Justice of the Supreme Court and one of the finest minds in the United Kingdom;

“The Government have been preaching the gospel of lockdown for eight months…The fact is they do not work. If we were all to be sedated, locked in wooden boxes permanently and fed by robots that might work.”