The draconian restrictions placed upon all citizens may be necessary, but that doesn't make them normal. They must not live on even one moment longer than is absolutely necessary. 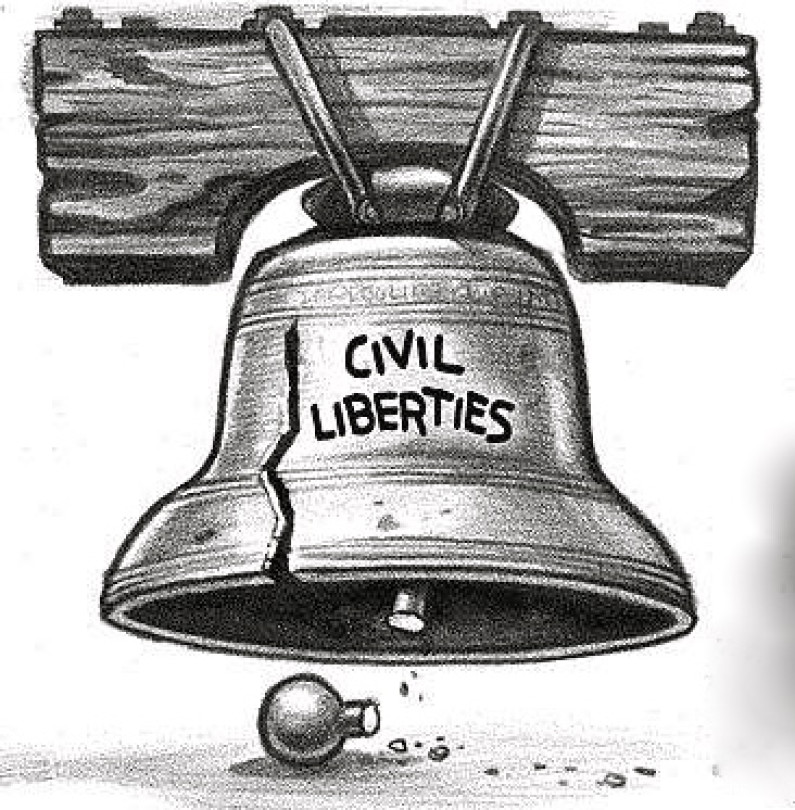 We find ourselves in an unprecedented crisis, in response to which there has been an unprecedented infringement upon civil liberties. Democracy and our freedoms have all but been suspended in favour of a de-facto police-state, designed temporarily for the perfectly legitimate aim of serving the greater public good by slowing the transmission of a dangerous disease.

I do not object to the restrictions, so long as the scientific advice underpinning them has been provided honestly, and accordingly that there is no hidden purpose; no effort to set in train a ‘nudge’ approach to erode important civil liberties and legal protections by incrementally normalising the abnormal.

But I would robustly object to even one solitary provision in the emergency legislation being extended a minute longer than is absolutely necessary. This isn’t normal, and we must ensure that the restrictions placed upon us and disproportionate power handed to the state is never viewed as normal. It is exceptional and it is temporary.

It is therefore crucial that police forces take a sensible approach. Luckily, thus far, in Northern Ireland the PSNI have appeared, on a prima facie basis at least, to be reluctant to take full ownership of the powers bestowed upon them.

However, there were some concerning moments, the policing of beauty spots for example. If this policing objective was to disperse any crowds gathering or groups failing to observe social distancing then fair enough, but it appeared to go a little further than that and be an effort to enforce a complete ban on travelling to local beaches or areas conducive to walking/exercising. I am not sure of the legal basis for restricting people access to open spaces to exercise (if social distancing is rightly observed). It certainly doesn’t exist in the emergency legislation.

There is nothing in the law to prevent members of the same household travelling together to any part of Northern Ireland to enjoy a walk or other form of exercise, so long as this is done in line with social distancing guidelines. The reasonable excuses for being outside (and pause to consider for a moment how serious it is that we need a reasonable excuse to breath in outside air) are set out in the Health Protection (Coronavirus, Restrictions) Regulations (NI) 2020. At 5 (b) of the regulations it makes clear that going outside to exercise either alone, or with other members of the household, is a reasonable excuse.

There is no further prohibition. It does not say that such exercise must be within a certain distance of your home, or preclude you from travelling elsewhere to exercise. If you are travelling in furtherance of a reasonable excuse, then there is absolutely nothing in law that prevents you from doing this.

This is why I watched with amazement as some police forces in England, behaving like monkeys who had been handed machine guns, decided to use their new found powers to do just some of the following;

• Summonsing persons for being “out for a drive due to boredom”
• Summonsing persons for “multiple people from the same household going to the shop for non-essential items”.
• Dying a local lagoon black to make it unattractive to walkers
• Posting clips on social media, taken from a drone, of walkers….walking.
• Posting images of cars parked in a car park at a beauty spot (no indication any of those who had parked up and went for walk were not observing social distancing or simply exercising in line with the regulations
• Designating Easter Eggs as ‘non-essential’ items

All of the above should send shivers down the spine. It is incredible; pause to think about even just some of those aforementioned examples.

Who give the police the power to designate what is, and what is not, an essential item? Where is that in law? What objective standard is that judged by?

Where does it say, even in the draconian emergency legislation, that more than one person from each household can not go to the shop?

I will save you all the time; it doesn’t say any of that, anywhere in law. As former UK Supreme Court justice Lord Sumption made very clear during a blistering attack on the way some police were enforcing regulations, the police can only enforce the law, not the wishes or whims of Government departments.

Alas already in parts of England what started out as necessary draconian measures, which few could have disagreed with, are being abused by power hungry police officers who appear to have forgotten that they are public servants, not some modern Gestapo.

All of this illuminates why it is absolutely crucial that there is enhanced scrutiny on police actions during this period; politicians have passed these regulations- on balance I believe rightly- and so with that comes a responsibility to robust ensure that the police are using the powers they have been given, for the purpose they have been given them, not abusing them or exceeding them.

We, as citizens, have for the most part consented to the state temporarily eroding all our freedoms. We have provided this consent on the understanding that the purpose of temporarily consenting is for the greater public good, and when the public health crisis is passed all our fundamental freedoms will be restored. That is a moral contract between the people and the state.

Right now certain police forces across the UK are breaching that contract. It is up to the Government to deal with that and rein them in, because if even a sizeable minority of reasonable and fair minded people come to the point of feeling that the oppression of civil liberties is going too far and is becoming disproportionate, then the balance could very quickly tip and consent for such an approach could be withdrawn.

If that happened we would have not only a health crisis, but a public order crisis. That is why it is so important that the regulations are enforced fairly and only where necessary. The police have an enormous responsibility to take a sensible approach.

So far, the PSNI have taken for the most part a pragmatic, low key and sensible approach in contrast to the outrageous behaviour of some others across the UK. I hope that approach continues as we all battle this unprecedented health crisis together.