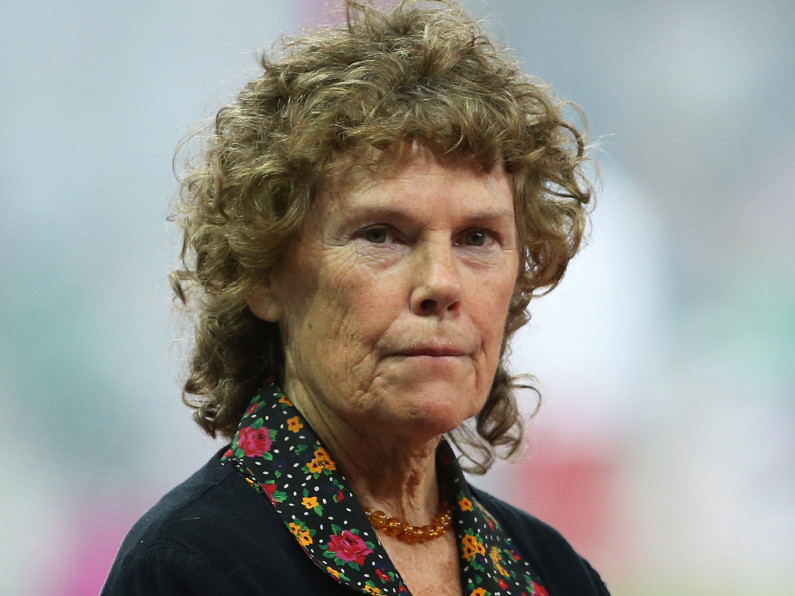 Labour MP and former Sports Minister in the Blair Government, Kate Hoey MP, visited East Belfast Football Club on 25 September 2018 to show support for the club who have been consistently targeted by specific officials on Belfast City Council, Sinn Fein and the Alliance party.

In the summer months Sinn Fein sought to use the issue of the club’s mental health and resource hub as leverage over the loyalist community in relation to bonfires. In conjunction with others, Sinn Fein sought to do a deal which lead to the West Belfast festival getting an astronomical amount of money. Loyalists in east Belfast refused to do any deal with Sinn Fein and East Belfast Football Club strongly asserted that they were non-political and would not be dragged into issues which have no relevance to football.

Despite this, funding for a community festival and educational program was promised to east Belfast, along with support for the much needed community hub and as a result of this the DUP voted through the funding for the West Belfast festival, which in the end turned into a terrorfest of IRA flags and sectarian chanting. Sinn Fein had made all these promises to unionist councilors in an attempt to get unionist councilors to vote for their funding for the West Belfast festival.

However, after Sinn Fein had got their funding approved, it then came around to supporting resources for the unionist community, and a small portacabin (self-funded) for East Belfast Football Club to develop mental health awareness and education. Sinn Fein reneged, and simply laughed as they joined with the Alliance party to deny all resources to the unionist community.

Cllr Ciaran Beattie made spurious, false and malicious remarks about a local consultancy company simply because it was run by Jamie Bryson. Belfast City Council CEO Suzanne Wylie later had to provide a written undertaking to Mr Bryson to publicly clarify the record in relation to Cllr Beattie’s false and malicious remarks, both about JWB Consultancy and East Belfast Football Club.

Given the Alliance party have relentlessly worked against the club, and the unionist community, the East Belfast FC management committee felt it would be appropriate to extend an invite to Alliance Party leader, Naomi Long, to visit the club. This invite was not formally responded to, but instead Ms Long took to social media with a stream of demonising comments about the club and those involved. This outrageous behavior is nothing new from Naomi Long, whose nasty social media activity is well documented, but it came as a shock to many of the parents and young people who do not follow politics.

After the disgraceful behavior of Naomi Long, the Alliance party corporately and their allies in Sinn Fein, Kate Hoey MP agreed to visit the club. Kate is one of the best known Westminster MPs, who has previously been a Government sports minister during Tony Blair’s time in Government. It is a massive event for Kate Hoey to take the time to visit the club, and this reflected extremely poorly on the Alliance party and others who have refused to even give the club a fair opportunity to provide an outline of their current work, and future plans.

Kate was shown around the club by a management committee delegation and the Vauxhall MP took time to engage with all the children and many of the parents. It was remarkable to see the time Kate took to speak with the young people and hear their story and about their love for football.

The young people responded by presenting Kate with a bunch of flowers and gift from the club. This was a fantastic moment and the young footballers really enjoyed chatting with Kate and telling her about their dreams of becoming professional footballers.

After this tour Kate was provided with a substantial power point presentation by consultancy firm Copius. This extensive overview outlined the clubs plans for the future and the Labour MP asked a number of detailed questions about the plans.

Following the event Kate Hoey described the actions of Belfast City Council as “ridiculous” and “lacking in common sense”.