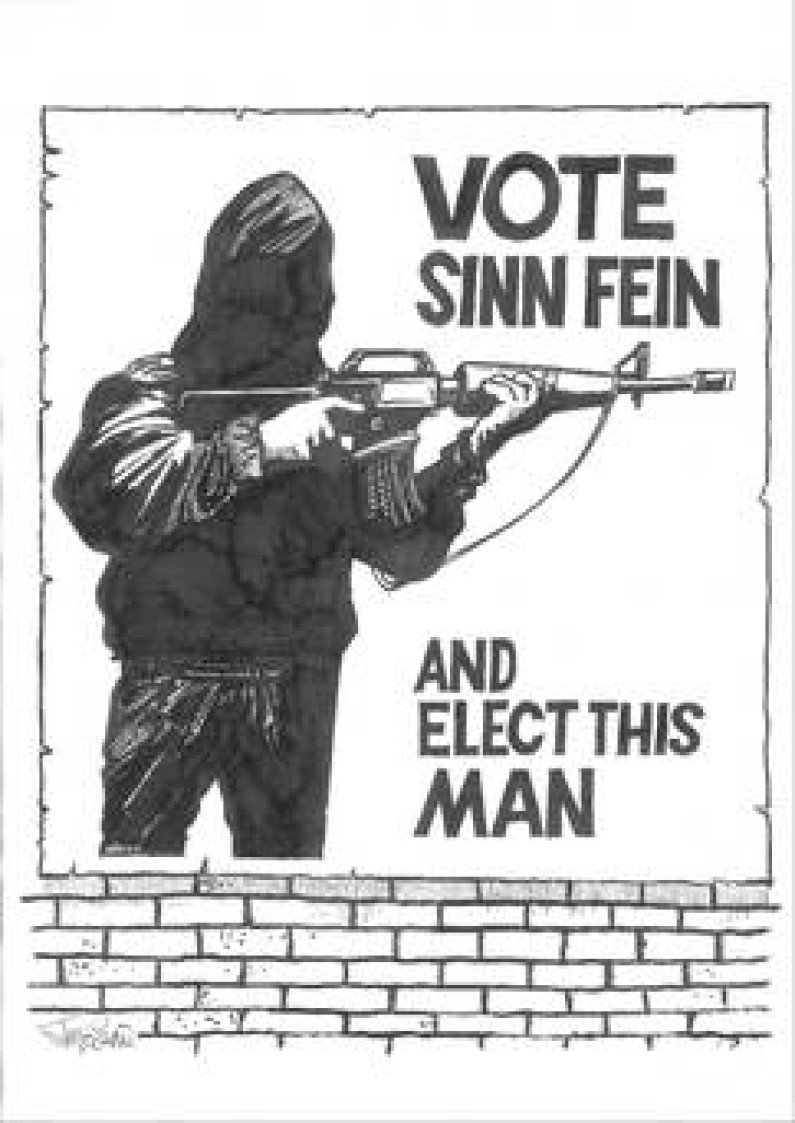 Solicitors acting for Sinn Fein/IRA activist and former election candidate Jim Clinton, have threatened to sue Unionist Voice for linking him to the IRA, who control Sinn Fein.

Unionist Voice indentified Mr Clinton in a list of those who had signed the sectarian pan-nationalist letter to the Irish Prime Minister, which made political demands under the guise of seeking the protection of ‘rights’.

The letter was drawn up in conjunction with senior members of Sinn Fein and their arms length activists.

The 2015 Government report into paramilitary activity, which came about following the IRA murder of Kevin McGuigan, made clear that Sinn Fein are controlled by the IRA Army Council.

Mr Clinton’s brother, Sean, was arrested in connection with this IRA murder that led to the commissioning of the report. Sean Clinton is also alleged to have been a prolific IRA gunman during the conflict and responsible for the murder of a number of loyalists.

Unionist Voice hold the position that given the inextricable link between Sinn Fein and the IRA, outlined by the British Government and alleged publicly by the First Minister of Northern Ireland and other senior political figures, that Sinn Fein and the IRA are one and the same.

Any court proceedings would, of course, have to deliberate on this point and come to a conclusion as to whether the Government report is accurate, or not.

Mr Clinton would, naturally, have to take the witness stand and deny being an IRA member. He would further be required to open himself up for cross examination, including in relation to whether he had any prior knowledge of the IRA murder of two prominent loyalists in 1994.

Mr Clinton, who denies being an IRA member, was caught in possession of a gun in January 1998. He was a republican prisoner whilst on remand.

Unionist Voice has agreed to amend the relevant article to reflect the fact that Mr Clinton stood for election for Sinn Fein, and was caught in possession of a gun, yet denies being a member of the IRA, who control Sinn Fein.