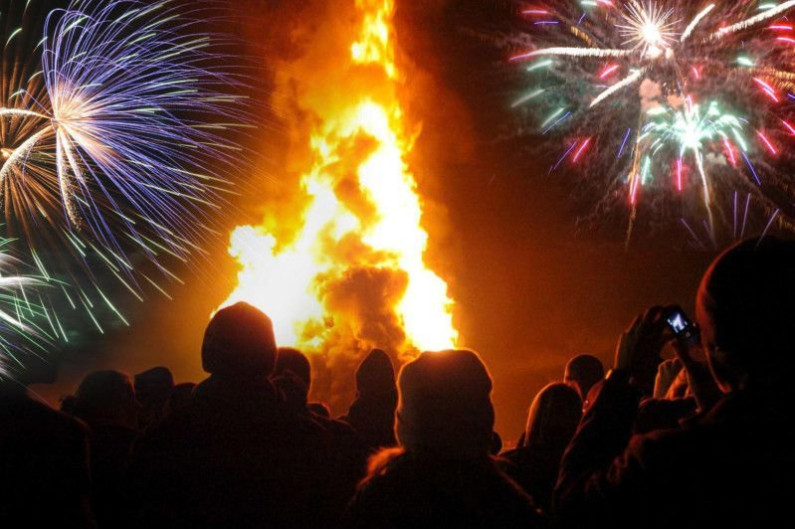 A back-door strategy designed to provide an avenue to restrict bonfires via the clever use of legislative provisions, and to act as a pre-cursor to an attempt to widen the legislation to also encompass parading, is set to be implemented by Council’s across Northern Ireland.

A directive from the Sinn Fein controlled Department of Infrastructure was issued in September 2017, but is only beginning to be enforced by some Councils. This directive, ordered under Schedule 3A to the Road Traffic Regulation (Northern Ireland) Order 1997, decrees that should there be a requirement for a road closure for a ‘special event’, then permission must be sought from Council for this. This legislation has previously not been enforced.

(a) Any sporting event, social event or entertainment which is held on a public road; or

(b) The making of a film on a public road

A public road is defined as being “any road which is maintained by the Department. It includes carriageway, footway and verge.”

This therefore encompasses events such as street parties and community festivals, such as those held on the 11th July yearly and within many communities during band parades.

Given that the majority of bonfires have community festivals associated with them, should these festivals encroach upon any public road, then they will fall under the Sinn Fein issued directive of having to apply to council for permission for a Road closure. Failure to do so may be considered an offence.

In these circumstances the applicant, who would have to take responsibility for the relevant ‘social event’, would by extension be linked to the bonfire due to the fact that Councils have cleverly linked festival funding to associated bonfires. This is another strand of the over-arching strategy of eradicating bonfires by firstly trying to make individuals accountable for bonfires, and therefore open for criminalisation and/or civil liability.

Unionist Voice has repeatedly argued that groups should not engage in statutory led schemes that entwines bonfires with statutory conditions, and/or provides funding for festivals on the condition there is an associated bonfire.

The road closure application process allows council to take advice from the PSNI and Northern Ireland Fire Service, as well as opening the proposed application up for public consultation.

The applicants will also be required to provide public liability insurance, and further be liable for all clean up costs, and costs of the road closure. This could run to many thousands of pounds. Naturally the majority of small community groups holding a community festival do not have access to this level of capital, therefore they could essentially be priced out of celebrating their culture.

The requirement for public liability insurance is another area that will pose grave problems for festivals held around bonfires. Due to any perceived ‘Health and Safety’ risks around bonfires, the insurance premium is likely to be sky high, or unavailable in the circumstances. Again, this would simply regulate small community groups out of their cultural expression, due to the fact it may not be financially viable to secure the public liability insurance required to progress the road closure application.

Ards & North Down Borough Council this year has, for the first time, attempted to slot this seemingly innocuous provision into their cultural expression program. Due to the technical nature of it, many statutory agencies were banking on the fact that no one would notice the real objective behind the Sinn Fein issued directive. Here is the relevant extract from the draft Ards & North Down Borough Council Cultural Expression Agreement 2018;

The cost for processing the application alone, without factoring in public liability insurance and/or clean up or other costs, can be as high as £600.

Currently public processions are not considered ‘special events’ for the purposes of the relevant legislation, however it is Sinn Fein’s objective to gradually nudge this directive towards eventually applying to public processions.

This would mean that bands would have to apply for road closures for their parades, secure public liability insurance to parade and be liable for costs. This would effectively price bands out of existence. Therein lies the ultimate Sinn Fein objective behind this seemingly innocent ‘directive’; to strangle unionist cultural expression in red tape.

Unionist Voice urges all unionists not to engage with this directive, and to be alert to attempts by local Council’s to slip it into policy documents via the back-door.