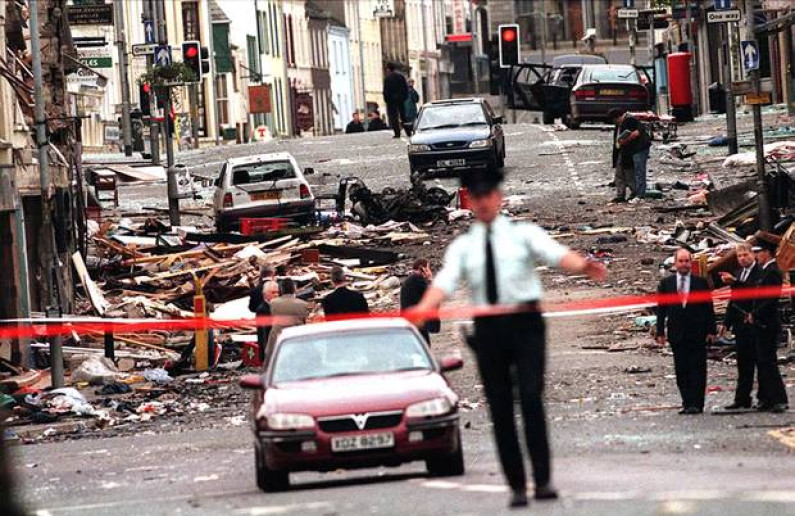 Relatives of the Omagh bomb victims are suing PSNI Chief Constable George Hamilton in relation to allegations that failures in the police investigation led to the perpetrators escaping justice.

There has been allegations that security force informants were part of the bombing team and a failure to share information internally between the security services led to the failure to stop the bombing.

One of those found guilty for the bombing in a civil action brought by the victim’s families is Dundalk republican Colm Murphy. Only last year he was publicly named as the chief suspect in the IRA ethnic cleansing of Protestants  in the Kingsmill massacre. There has been numerous allegations in recent years that Mr Murphy is a long standing security forces informant who was recruited in 1985 following  a spell in prison for arms offences.

Murphy has also been named as the gunman that opened fire on RUC officers Harry Breen and Bob Buchanan as part of an IRA ambush at Dundalk in 1989. The IRA operation also involved another high ranking security forces agent, Freddie Scappaticci. There are unconfirmed reports that the agent known as ‘Stakeknife’ gave secret testimony to the Smithwick tribunal in Dublin.

Another security forces agent to provide evidence to the Smithwick tribunal was Kevin Fulton, who has also claimed to have passed on a warning in relation to the Omagh bomb to his then CID handler. It is believed that Fulton’s handler at the time of the Omagh bombing was retired police officer Alan Mains.

Both Mr Mains and Mr Fulton provided testimony to the Smithwick tribunal, however it was never revealed that Mains had allegedly handled Fulton as part of a CID operation entrapping businessman Luigi Marotta. Mr Marotta’s conviction was later overturned after a lengthy legal battle in which the PSNI fought to withhold intelligence relating to the CID operation.

Mr Mains complained to the Police Ombudsman in 2016 claiming that the editor of Unionist Voice had published classified police information about his role handling Kevin Fulton and that this information could only have been leaked by retired RUC officers. This complaint was never substantiated.

In December 2016 the High Court ruled in favour of the Government who had applied for evidence to be withheld as part of a legal challenge into the Government’s refusal to hold a public inquiry into the 1998 IRA bombing. The ruling ensured that the Government could keep secret material they claimed was relevant to national security, such as whether other informants were part of the bomb plot.