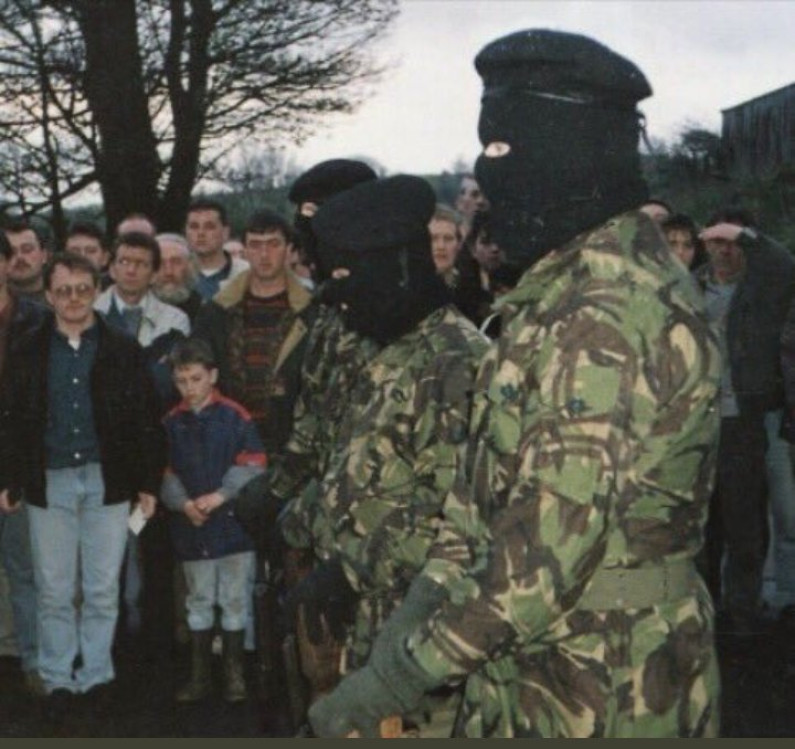 The decision of the Sinn Fein leadership to slap their abstentionist MP on the wrist, demonstrates that their ‘equality’, ‘respect’ and ‘integrity’ mantra is every bit as sick a ‘joke’, as that which Barry McElduff published on his social media accounts on the anniversary of the IRA’s sectarian slaughter of 10 innocent Protestants.

There was some irony to McElduff being summoned to Sinn Fein HQ. He once kidnapped a Protestant woman for an IRA ‘interrogation’ in a Sinn Fein office. The poor victim of that wicked false imprisonment was beaten mercilessly, Barry’s punishment at the hands of the party (that the Goverment says is still controlled by the IRA) was to be ordered to be more of an absent MP, than an absent MP.

The party also conveniently swept over the fact that the former Finance Minister Mairtin O’Muilleoir and the Sinn Fein Bangor branch endorsed the appalling mocking of the IRA’s victims. It appears that, for political convenience, Sinn Fein have sought to avoid a West Tyrone by-election.

It is, however, not surprising that Sinn Fein would seek to protect McElduff. He was, after all, only reflecting the private views of the party, albeit in public. His crime in the eyes of Sinn Fein is being stupid enough to articulate their real views in the public domain. One can only imagine the consternation from Declan Kearney, who has made a career out of reciting rights based language to cloak republicanisms political agenda. His ‘Stand Up Against Sectarianism’ campaign now looks even more ridiculous than when he first launched it, if that is even possible.

Of course, let us remember that Sinn Fein recently voted to name a play-park after IRA mass murderer, and Kingsmill gunman, Raymond McCreesh. They also, to this very day, sell IRA merchandise on their online shop. Their senior members regularly glorify the murderous deeds of the IRA. Indeed, according to the 2015 Government report, the IRA Army Council continue to control Sinn Fein.

What is very clear, much to Sinn Fein’s obvious annoyance, is that this story isn’t going away. There are many questions that remain unanswered, and it would be a dereliction of duty on the part of the mainstream media if they failed to hold Sinn Fein’s feet to the fire. This, undoubtedly, will include raising questions about other Kingsmill related comments made by party members, alongside the endorsement given to the original video.

Perhaps what has been even more revealing is the silence from some victims groups. We have heard nothing from those most prominent in relation to legacy matters, the Pat Finucane Centre and Relatives for Justice. Well, apart from a Pat Finucane Centre board member offering his support to McElduff. Have they been unable to formulate an agreed opinion of this victims issue?

Perhaps the Kingsmill families should write an open letter explaining their hurt, and ask those aforementioned victims groups to sign it in solidarity with their fellow victims.

Perhaps we will even see the merry band of activists that wrote to the Irish Prime Minister, concerned about rights and legacy issues, coming back together to write a scathing letter to the Sinn Fein leadership. The odds on that are almost as remote as poor Barry McElduff (who once kidnapped a Protestant woman for an IRA interrogation) accidently, without any malice, publishing a video with a Kingsmill loaf of bread on his head, on the anniversary of the Kingsmill massacre.

In fact, let us roughly calculate those accumulated odds.

13-1 (roughly) that he picks Kingsmill bread

1,000-1 that he picks bread out of every other product on sale