The ‘peace process’ has set a narrative that is one sided and is designed to ‘green’ Northern Ireland and program a form of ‘harmonisation’ groupthink into our society in order to ensure the transition from the Belfast Agreement- which is little more than a constitutional departure lounge- to a United Ireland is a smooth one. 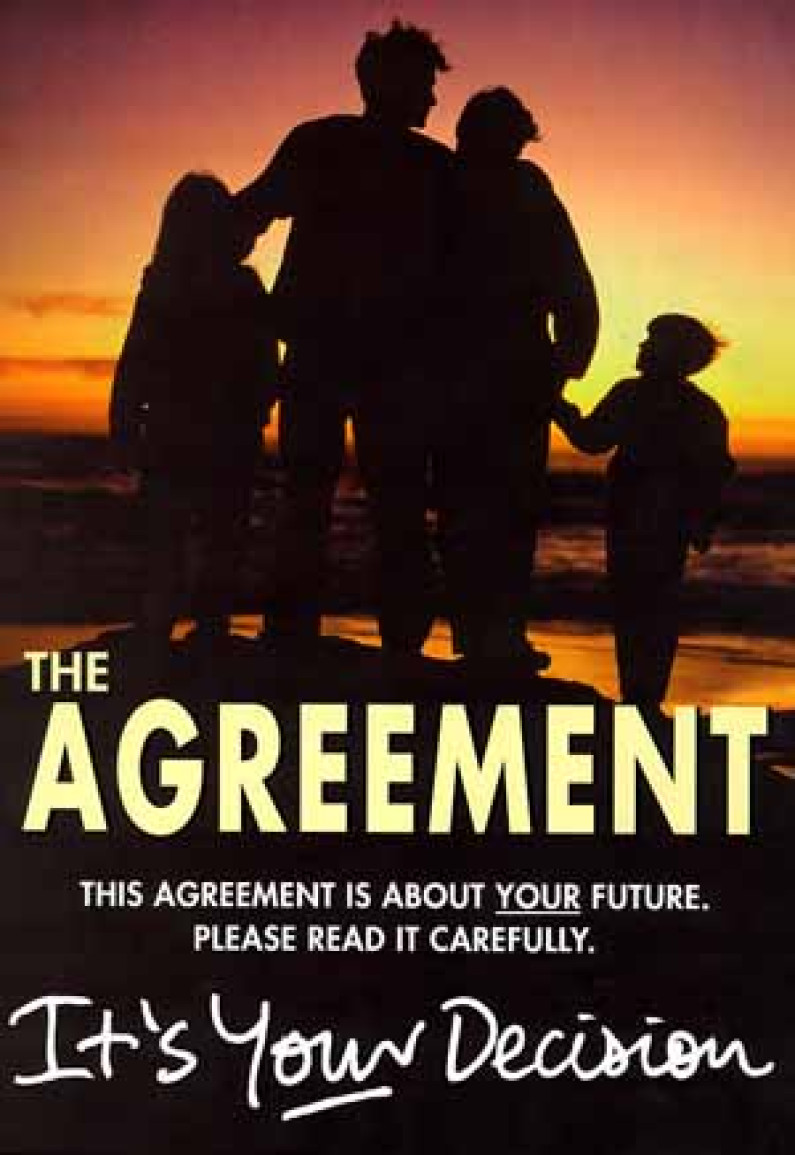 One of the greatest scandals of our time in Northern Ireland is how the Belfast Agreement created parameters whereby democracy, the right to articulate political opposition and indeed the very moral compass of society, was hemmed in under the jackboot of a carefully contrived piece of political language- the often repeated phrase- ‘peace process’.

This clever linguistic weapon was inserted into the lexicon of public discourse in order to ensure that for generations the Belfast Agreement would be entwined with peace. Flowing from that is the implied assertion that you can’t have one without the other. When one de-constructs that what it really means is that opposition to a political text is by default deemed as opposition to peace, therefore anyone opposed to the Belfast Agreement is automatically a moral degenerate.

This ‘moral trump card’ is designed to stifle debate. Roger Scruton made a similar point last week, namely that the phrase Islamaphobia was created in order to stop discussion of a major issue. He was sacked for it. His crime was to dare say and think that which is deemed unpalatable by the self-appointed liberal elite- to dare to insert into the public debate a thought that may cause people to do the most awful thing; open their mind and consider a viewpoint different than that prescribed to society by those who have appointed themselves as the ultimate authority on thoughts and ideas.

We experience similar in Northern Ireland. Anyone that inserts an alternative viewpoint into the debate is immediately set upon by a legion of trolls, the majority of whom are like programed robots designed to follow a particular narrative shaped by the groupthink crowd. This has of course been shaped by 20 years of ‘peace process’ propaganda designed to stifle any opposition to the 1998 agreement.

Where else in any civilised democracy would society be told that you must support a political agreement, or else you might get murdered? Indeed the democratic will of 17.4 million people is being held hostage by a contrived threat to the ‘peace process’- think about that for a moment; if Brexit was to inadvertently alter the Belfast Agreement- by virtue of the democratic will of 17.4 million people- then violence would follow, therefore we must water down the will of the people to ensure that terrorists do not terrorise us. Can you not see the madness of all of this?

The ‘peace process’ cleansed IRA terrorists, and demonised those who stood for law and order. This was all part of the re-programing of Northern Ireland society. Career ‘do-gooders’ and professional peace processors have made a life out of promoting the state sponsored narrative, they literally tour the world promoting pro-agreement propaganda. Are any of those who have anti-agreement viewpoints ever invited to these high brow events to provide a different view? Of course not, that would be dangerous. You dare not let people hear a contrary viewpoint.

This feeds an imbalance that has seeped into every section of our civic, political and media establishment. You can not maintain membership of the liberal elite unless you promote the prescribed narrative. Any deviation and there would be no more all expenses paid trips to New York, no more funding and perhaps worst of all- no more invites to PR events.

Let me save you the trouble; you won’t find any because in the perverse post-98 Northern Ireland, programmed to think within the parameters of the ‘peace process’, having IRA terrorists in Government is normal whilst having loyalists or former members of the security forces even breathing the same air is an outrage.

Another example is many sections of the unionist community coming out in support of the Parachute regiment and other former members of the armed forces. This leads to a social media meltdown; if a Parachute regiment flag is erected to support veterans facing prosecution this (apparently) is a news story- the community which is showing such support is demonised and the legion of robotic trolls are out to show their disgust.

I see no such disgust when nationalists come out to vote for Sinn Fein, a party that still metaphorically speaking flies the flag for the IRA and who quite openly glorifies the murderous deeds of their 30 year terror campaign.

You see why is it wrong and disgraceful for the unionist community to support our armed forces, but it is perfectly normal for those who support Sinn Fein- a party that continues to endorse the legacy of a terrorist organisation that carried out the majority of murders during the troubles?

Nationalists- aided by the liberal elite- take to social media to express their outrage at Parachute Regiment flags because they say it reminds them of killings carried out by that section of the armed forces on Bloody Sunday etc.; did they ever stop to follow the logic of that? How do they think the unionist community feel when they see an election poster up for Sinn Fein? Does that not act as a reminder of the actions of the IRA?

It is time a new generation of unionists unshackled from the chains of forced groupthink and realised a fundamental truth; you can be wholly committed to peace, but robustly opposed to the process. Once we overcome the programmed narrative that necessitates appeasement in order to secure an absence of violence, then for our generation of unionism, all is not lost.