Alison Blayney is the manager of Kilcooley Women's Centre, an independent member of the Ards and North Down Policing Partnership and serves on a number of other community boards working in partnership with statutory organisations. 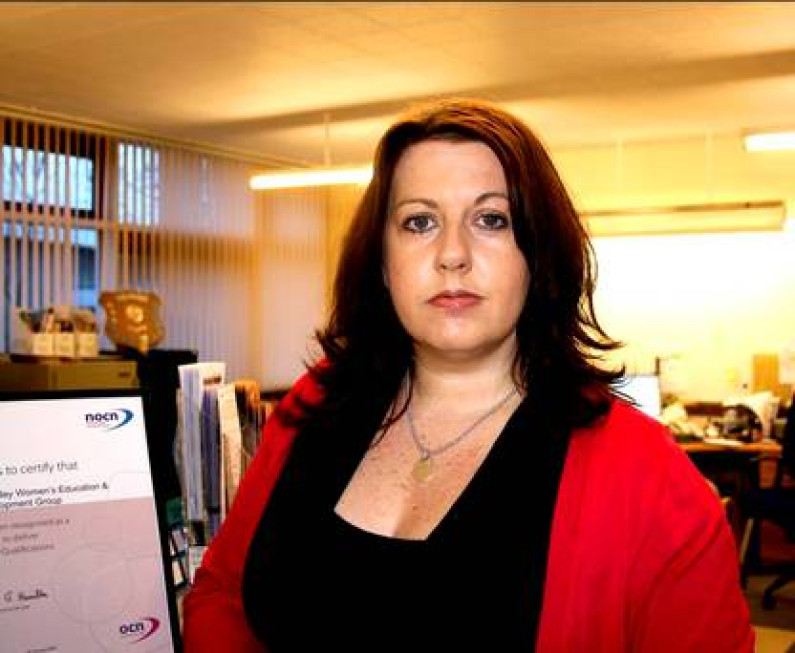 As Northern Ireland heads for what appears to be a never ending cycle with no functioning devolved Government, the women’s community education sector has never felt as vulnerable.  The usual challenges continue – the sustainability of organisations working at the coal face, with vulnerable people, who want to take the steps to improve both their and their families outcomes and life chances and address educational underachievement which blights many of our most disadvantaged communities.

In ‘normal’ circumstances, managers of Women’s Centres and groups would lobby their local MLA and avail of the opportunity to meet the Minister in charge of the relevant department.  We are now inhabiting limbo land, where we are unsure who to lobby, and if anyone is in a position in the Civil Service to make decisions in the absence of a Minister.

Departments are also inconsistent in their policy of decision making in the absence of a Minister, with some continuing to implement ‘historic’ funding arrangements as they have no power to deviate or introduce new projects, whilst others frustratingly make savage cuts to frontline services (in one instance an across the board cut of 50% in Early Years funding) citing the need to augment their budgets.  Some funding available for training has multiple restrictions – for instance European Social Fund remains restricted at Level 1 training.  This means a qualification in Barista Hospitality – for the huge coffee and café culture industry, is too high, and a Level 1 in Childcare is below the usual threshold for employment in the sector.  It is also difficult to explain to a participant who wants to improve their employability prospects, but you have to turn them away as they are also enrolled in a Peace cross community programme – you can’t be on both at the same time despite one being designed for employability and the other to sustain the Peace process and build community relations in Northern Ireland.

Staff employed in the community sector have often felt they are the Cinderella sector, working on endless one year fixed term contracts, which do not give any job security to employees and restrict the impact organisations can deliver with the funding they are allocated.  With the inability for the majority of small organisations to build up any cash reserves (as they operate on full cost recovery ‘real cost’ models), any change to income could close the doors.  It would not be unusual to receive confirmation on funding for the new financial year well into the summer months, with organisations having to take the decision do they work at risk or close the doors.  This is countered with the slippage which can become available in the final quarter, which is often spent hurriedly, and often quick fix projects which have minimal impact.

The women’s sector also supports women and families who are working, studying and raising a family.  The requirement of organisations such as our own, to open a Food Bank and Hygiene Poverty Project is depressing, and our data indicates that this support is often needed by working families, where there is a perception that this support is for families living on welfare.  Feedback from our service users has shown that women want to work, but by the time they pay for childcare and the costs of travel, they are better off not working.  Many want to work, to set examples to their children, yet they are facing the added challenge of the imminent closure of the childcare voucher scheme which many working families rely on.

Universal credit is due to be rolled out in Ards North Down in the Autumn.  Bangor is often viewed as a wealthy area, and no doubt there are well off residents in the Borough.  Recently the area was described as the ‘Yachts and Have Nots’.  That doesn’t mean that that the more affluent client who walks through our doors does not need support.  Issues such as domestic violence, historic sexual abuse, addictions and mental health and wellbeing challenges do not discriminate.  The rise in the recording of domestic violence is either the result of actual violence or the success in encouraging more victims to come forward for help.  Either way, organisations in the women’s sector such as women’s centres, refuges and Women’s Aid continue to struggle, in what is a region which is only just surviving without a functioning government.