A tweet about the colour of new JD Sports bags went viral. In highlighting the ridiculousness of raising such an issue, nationalists unwittingly hobbled the more extreme elements of their own 'parity of esteem' grievance narrative. 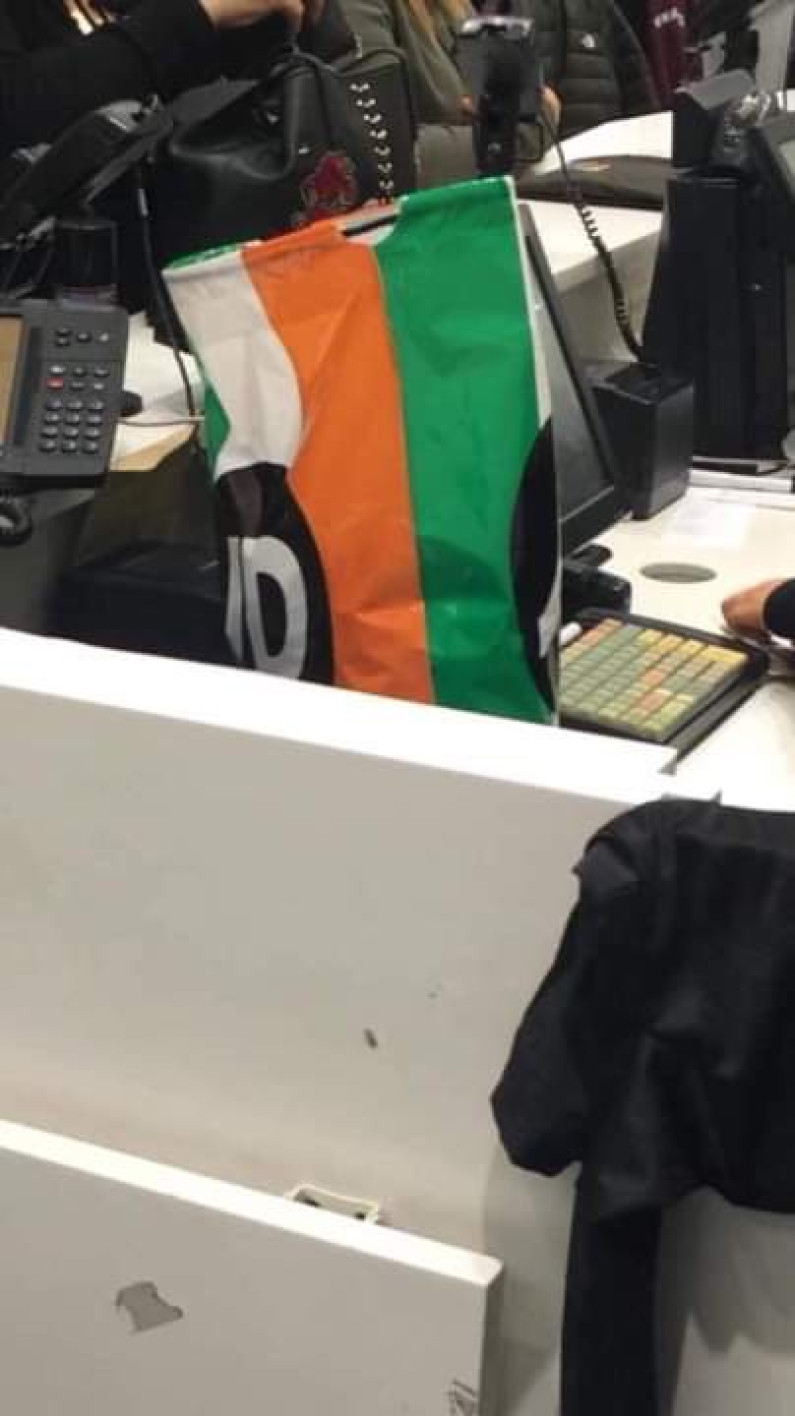 On Sunday night I quite deliberately tweeted an image of a green, white and orange plastic bag being used by JD Sports. It is not simply colours as part of a wider design- like a Tesco bag- rather it looks identical to an Irish flag with 3 equally divided dominant colours.  Making no comment on this practice, I simply asked ‘could you imagine if they used red, white, and blue bags?’

Instantly the tweet went viral, largely thanks to around 1,000 nationalists that helpfully spread the tweet all over social media- thus drawing attention to the issue, which isn’t really an issue at all.

The vast majority of those sharing the tweet used it as an opportunity to try and mock me, which is fine. If they stopped to think they may realise that the opportunity to try and make a fool out of me was only the bait, which many nationalists couldn’t resist. They hooked themselves onto unwittingly mocking that which was simply mirroring their own behaviour.

It is worth noting that despite how ridiculous nationalists claimed the issue of a bag is; a quick glance at the hundreds of replies and tweets would demonstrate that it wasn’t ridiculous enough to prevent nationalists seeing it as an opportunity to rub it in the faces of unionists. Many tweets carried a variation of ‘yeeoo get more bags in, a United Ireland is coming’, ‘this is Ireland, up the RA’, ‘definitely shopping in JD, Ireland is free’. So on one hand the issue raised was ridiculous and pathetic, but on the other nationalists were more than happy to adopt the issue as a means of taunting unionists? They appeared blind to their own hypocrisy.

Whilst nationalists were spreading my tweet, with the attached mockery and commentary about how ridiculous it is to complain about such an issue, they were inadvertently hobbling the more extreme elements of their own ‘parity of esteem’ and ‘equality’ arguments which is the root of their continually expanding grievance narrative. By highlighting the fact that it is pathetic to care about a plastic bag, the logic of their own position is that when RTE present a map, or media refer to people born in Northern Ireland as Northern Irish, then it is absolutely pathetic to complain about this and say that ‘parity of esteem’ demands that society caters to such nationalist sensibilities.

Nationalists spend their days seeking offence and claiming that ‘parity of esteem’ decrees we must pander to their demands on every issue imaginable. As previously mentioned, last week Niall O’Donaghalie was complaining because the media referred to the Northern Ireland lottery winners as Northern Irish. Mary-Lou McDonald previously launched a campaign against RTE because a map of the Irish Republic displayed on their channel didn’t reflect Sinn Fein’s own political demands for an all-Ireland.

Of course nationalism’s obsession with colours and flags- whether on lampposts, public buildings, driving licences or bags- stems from the attempt to use ‘equality’ as a mechanism to accelerate the de-britification of Northern Ireland as a staging post on the road to a United Ireland.

Would a union flag coloured bag have found itself caught within nationalism’s expansive definition of that which offends ‘equality’ and ‘parity of esteem’? Of course it would. It is time to roll back such expansive narratives, and a rather ridiculous and extreme example is a good place to start

They can’t have it both ways. If they want to create controversy around every small thing that may suggest Britishness, then they cannot complain when unionists return the serve.

The fact that so many nationalists have highlighted the fact that it is ridiculous to complain about the colour of a bag will presumably render their own more extreme and ridiculous grievances null and void, by extension It will place some reins on the ever expanding notions of national identity ‘equality’ and ‘parity of esteem’.

Nationalists cannot expect unionists to pander to their ridiculous and extreme grievances and then get upset when unionists turn the tables and complain about equally ridiculous issues. It is called mirroring- and it is surprising how many nationalists unwittingly took that bait.