Nationalist legacy activists and a coalition of others have hi-jacked a judicial review case in an effort to target High Court Judge Mr Justice McCloskey for political purposes. 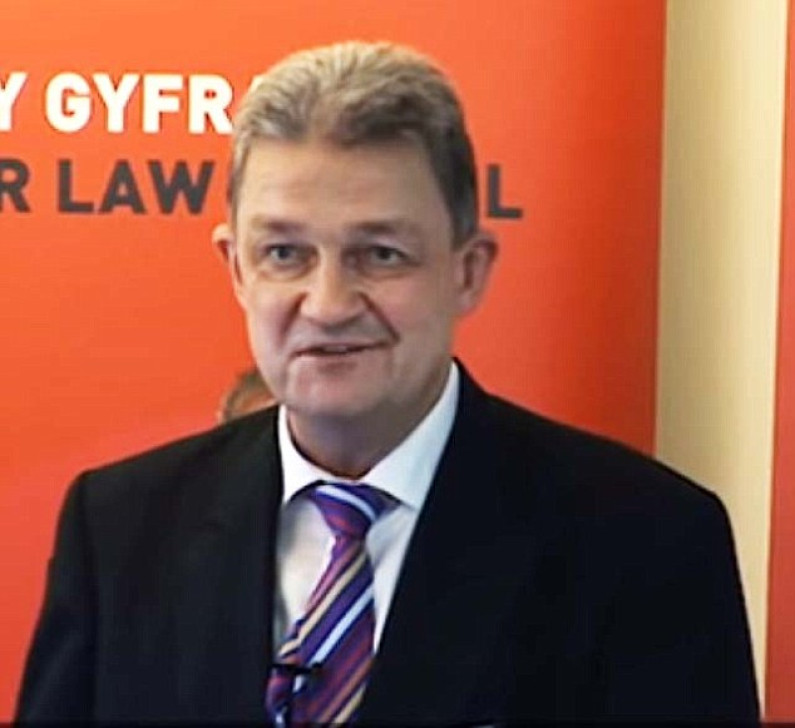 In a remarkable coincidence I happened to find that Mr Justice McCloskey had unilaterally decided to list my ongoing Judicial Review case against the unlawful actions of the PSNI and SIA on the same morning as the application by Fine Point films, the company behind the controversial Loughinisland film.

By virtue of this coincidence I was present in person to witness an unprecedented development in the Fine Point films Ltd case. Nationalist legacy activists, who are not party to the case, had joined with the applicants- represented by Sinn Fein activist Niall Murphy- to write an astonishing letter to Mr Justice McCloskey asking him to recuse himself from the Judicial Review being brought by Fine Point.

This, once and for all, washes away any pretence that the film was independent impartial journalism and sets in stone the fact that it was carefully contrived nationalist legacy activism.

Let us just break today’s intervention down to fully understand the astonishing significance of this unprecedented type of action. The letter was based on the fact that Mr Justice McCloskey voluntarily stepped aside in the Loughinisland Judicial Review, and as such nationalist legacy activists- who are not involved in the present Fine Point case-felt he should recuse himself from that Judicial Review also, simply because the two journalists were arrested in connection with stolen documents which were used as the basis for nationalist activism in the form of making the documentary.

This astonishing intervention comes at a time when Mr Justice McCloskey is merely case managing the Judicial Review and as the Judge remarked, it is unprecedented in common law anywhere in the world.

Firstly, Mr Justice McCloskey initially recused himself in the unrelated case in order to assist the families in the Loughinisland Judicial Review. This came after an outrageous media storm had been whipped by the families solicitor and Sinn Fein activist Niall Murphy who had used other legacy activists to spread disinformation about Mr Justice McCloskey in the press and then, at the 11th hour, in arrives perhaps the most biased and pro-republican prosecutor that has darkened a Northern Ireland courtroom- Mr Barra McGrory QC- to argue there was a ‘perception of bias’ (coming from Barra McGrory of all people). Of course there was; nationalist legacy activists had created it based on the false assertion that Mr Justice McCloskey had previously represented Raymond White. As Unionist Voice pointed out from the outset, he had not; this was an absolute spoof spread by Niall Murphy and amplified by other nationalist legacy activists.

Secondly this Judicial Review by Fine Point has nothing to do with the Loughinisland case. It is a Judicial Review into actions of the PSNI and Durham Police in arresting the two journalists- not what they were arrested in connection with, but the powers exercised in executing the arrests. The only connection to Loughinisland is that the arrest was based on stolen documents they had received as part of their nationalist activism in making the relevant documentary.

On the substantive points of their Judicial Review, I agree with Mr Birney and Mr Mcaffrey. Whilst their role in making the film was not impartial journalism but rather nationalist activism, the production was still journalistic material and therefore they should be entitled to protect their notes or materials created in the pursuit of this.

Today’s letter was the invention, once again of Sinn Fein activist- or sometimes ‘civic nationalist’- Niall Murphy, who is representing Fine Point. This is interesting of course. One of the arrested journalists taking the current challenge is Mr Trevor Birney, he is a director in Fine Point Films Ltd. He is also a director in James Street Films Limited. The other director in James Street Films Limited is Niall Murphy, the solicitor currently representing the Loughinisland families, Mr Birney and Fine Point films. The links between the activism becomes clear enough at this point, but then it takes another twist.

Counsel for ‘The Detail’- which Trevor Birney is a director of and Barry Mcaffrey worked for (perhaps still does) – then applied to be served with all the disclosure in the case, along with 2 other media outlets. I am unsure who the other 2 media outlets are, but I wouldn’t be surprised if it is the same outlets that willingly aided nationalist legacy activists in creating the ‘perception’ of bias in the previous Loughinisland judicial review.

It is very clear from today’s events in court that Niall Murphy is once again trying to thread together a coalition of nationalist legacy activists to attack the integrity of the Judicial system as part of a vindictive attempt to target Mr Justice McCloskey simply because he had the audacity to stand up to nationalist legacy activists who had become accustomed to believing that the court and judicial system existed merely to act as a vehicle for their political activism.

Mr Justice McCloskey was clearly as appalled as I was at this purely political intervention. He described it as “an affront to the court”, “unprecedented in common law anywhere in the world”, “without any concreate foundation”, “astonishing” and “improper”. It doesn’t come any more brutal than that in the High Court.

Fine Point may very well, and indeed in my view do, have a strong case against the PSNI and Durham Police. When it comes to challenging the actions of the PSNI, I am on their side. Sadly however the entire case has now been fatally infected by Niall Murphy’s political activism.

The NUJ has strongly supported the Fine Point case, and rightly so, but surely this must now be revisited given that it is now being used as a political vehicle for nationalist legacy activism rather than focusing on the quite legitimate issues around state interference in the freedom of persons to undertake journalistic activity.

I am sure many of those recently standing protesting outside Belfast PSNI station in support of the two individuals (who bizarrely consented to police bail, why they didn’t stand up to the PSNI and refuse all conditions or to be bound by them is beyond me) were there to endorse the important principle of press freedom. However after today’s intervention this case is no longer about the substantive legitimate points, but rather has been hi-jacked for political purposes by nationalist legacy activists. Independent journalists supporting that kind of activity cross the line between journalism and activism.