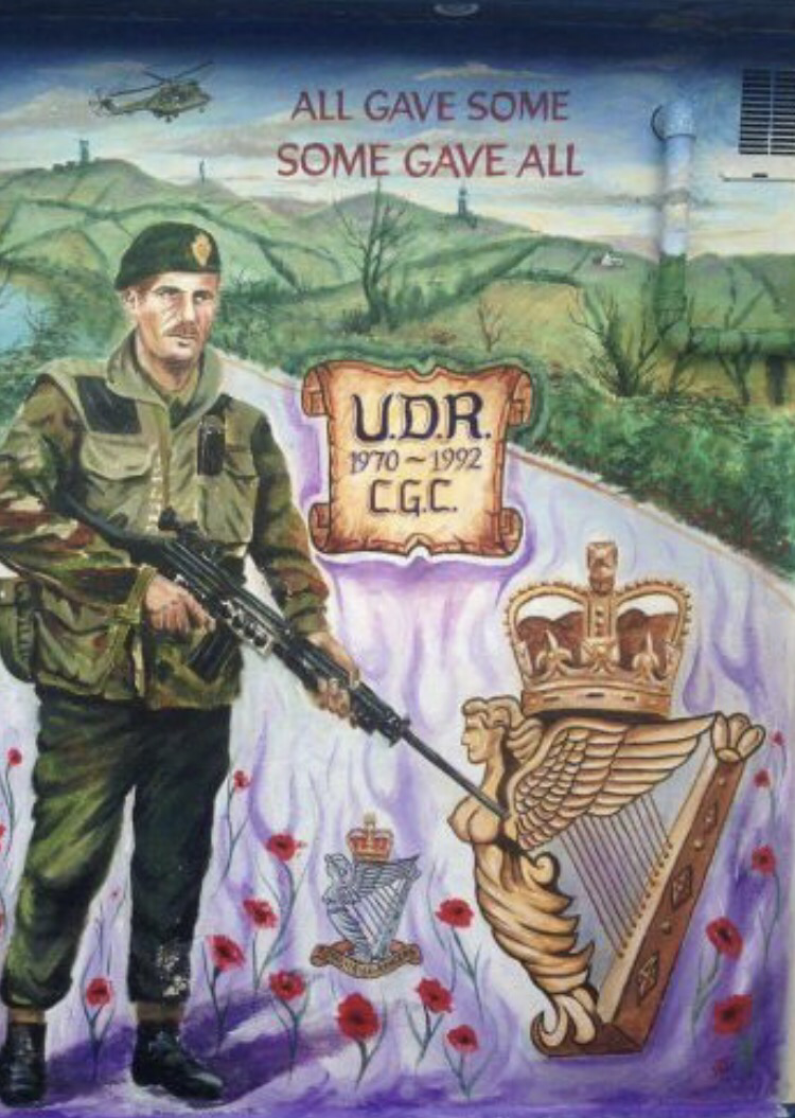 In July 2018 a new film will premier. It is directed by the son of IRA Northern commander Sean ‘Spike’ Murray, also called Sean Murray. The film purports to investigate the so called ‘Glenanne gang’. This film is based largely upon allegations made in the book Lethal Allies and interviews with a convicted murderer, John Weir.

The film also includes contributions from Pat Finucane Centre ‘caseworker’, Paul O’Connor. It has previously been alleged that Mr O’Connor is in receipt of an OTR letter in connection with the murder of a child.

Within Ms Cadwallader’s book, Lethal Allies, there is a subtle revelation as to the real narrative underpinning the work of republican legacy activists, and their publicly funded groups such as the Pat Finucane Centre (PFC) and Relatives For Justice (RFJ) .

Within the book’s introduction Ms Cadwallader writes as follows;

“Collusion does not resolve conflict- it fuels it. The Historical Enquiries Team (HET) says that a belief among the nationalist community was taking place ‘contributed to the spiralling violence in the area’ and ‘UDR Soldiers, whether on or off duty, were considered prime targets for republican paramilitaries’.”

At page 16 of her book ‘Lethal Allies’, Ann Cadwallader is remarkably clear about the one sided nature of her research for the book. She writes “I do not pretend to focus here, however, on anything other than loyalist violence and the members of one particular, and vicious gang.”

And in Lethal Allies conclusion, referencing the allegations of collusion perpetuated within the book, it says;

“This is a debt the British government owes the entire Northern Ireland community. Not only Catholics and nationalists died as a result of this Irish mutation of British counter-insurgency strategy.

Protestants and unionists died too- and not only the ten who died at Kingsmill in the IRA response to the deaths in the Reavey and O’Dowd families. Hundreds of RUC officers and UDR men died at the hands of young IRA recruits alienated from the state.”

The subtle message from the introduction, the one sided nature of the research within the book, and the conclusion is that the actions of the IRA flowed directly from the actions of the British state, therefore providing some form of justification to the IRA’s terrorist campaign.

Disgracefully this narrative references the sectarian IRA slaughter carried out at Kingsmill, and the murders of UDR, RUC and British Soldiers, and suggests that these events were ultimately the fault of the British State due to the republican terrorists being motivated by ‘collusion’ between the British State and loyalists.

This highlights the quite blatant agenda at the heart of republicanism’s legacy agenda; to present IRA terrorism as a justified response to the actions of the British State. In order to bolster this narrative, republicanism puts much emphasis on attributing every action carried out by loyalists to ‘collusion’, therefore making the British State ultimately accountable for all actions carried out during the conflict.

This is all, of course, not just about re-writing the past in order to justify and sanitise the murderous acts of terrorism carried out by the IRA. The logical conclusion flowing from the ‘bad’ British and the ‘good’ IRA narrative is that the only way to resolve political conflict is for the removal of the British presence from Northern Ireland. This is the very core of republicanism’s argument for a United Ireland.

Therefore when assessing the purpose of Sean Murray’s new film, one need only turn to Lethal Allies to understand the republican legacy agenda and the narrative that underpins all research carried out by republican activists.

However, it is prudent to highlight the fanciful nature of many of the allegations contained within the film.

The film is reported as being based upon the actions of the ‘Glenanne gang’. Yet no such organisation ever existed. In fact the term ‘Glenanne gang’ only started being used, at the earliest, in the late 1990s. Therefore the fundamental premise of the film is flawed because it, and Lethal Allies before it, has created an overarching ‘gang’ to which all loyalist incidents in that particular area can be attributed.

The film relies heavily upon allegations made in a 1999 affidavit by John Weir. It is rather bizarre that for those continually stating that the state cannot be trusted, and who continually perpetuate the politically motivated collusion narrative,that they would all of a sudden hold up a former RUC officer and a convicted murder as a beacon of truth and justice.

Of course, many of the key persons named are no longer alive including Robert McConnell, James Mitchell, Robin Jackson, RJ Kerr and many others. They therefore have no opportunity to defend themselves. It is also worth pointing out that the Pat Finucane Centre and Relatives For Justice refused to call for the identities of the IRA OTRs and their alleged crimes to be made public, citing their right to due process, yet they take no issue in continually making unproven allegations against loyalists and former members of the security forces.

John Weir is a convicted murderer, a fact acknowledged at paragraph 2 of his 1999 affidavit, who offered to give evidence against Robin Jackson and RJ Kerr, and implicate them in murder, if the charges against him were dropped. Therefore the selfish motivation of Weir was plain to see from the moment he was charged.

At this point Weir did not feel it prudent to make any of the further allegations that later appeared in his 1999 affidavit. Let us think on that. Here is a man offering to give evidence against Robin Jackson and RJ Kerr, therefore clearly a man desperate to do anything in order to save himself from an impending murder charge. Yet if Weir’s later affidavit was to be believed, he was also in possession of information that could have lead to dozens of loyalists and security force members being charged with the most serious crimes, including the Dublin and Monaghan bombings, yet it never crossed his mind to leverage this information in furtherance of his objective, namely to be granted immunity?

The starting point of the ‘collusion’, according to Weir, is a ‘realisation’ that members of the security forces were involved in what he describes at loyalist terrorism. This was apparently ‘confirmed’ when a fellow RUC officer firstly informed him that James Mitchell was a loyalist paramilitary, and then expressed concern that Mr Mitchell or others may have been murdered. Therefore, if we are to believe Weir, collusion was ‘confirmed’ by this interaction- which was based upon hearsay and a fellow officer expressing concern loyalists may have been murdered. It was therefore ‘confirmed’ in his mind that there was collusion, long before any alleged associates told him about it. This somewhat bizarre admission is contained at paragraph 6 of his affidavit.

Of course, almost all of Weir’s affidavit is based on hearsay. For example, at paragraph 13 he outlines how then RUC officer Laurence McClure had told him about the Dublin and Monaghan bombings, and he then goes on- without providing a shred of evidence- to state these allegations as fact. Laurence McClure, in a television documentary, denied all of these allegations. Therefore why do the allegations of Weir, a convicted murderer, carry more weight than the denials of Mr McClure?

Following his 1999 affidavit Weir met with Don Mullan for his book ‘The Dublin and Monaghan Bombings’, during this meeting Mr Mullan claims at page 217 of his book that Weir sought to distance McClure (referred to in the book as Officer A) from the bombings, and claimed that Officer A was “not directly involved” in the bombings.
This therefore, by his own admission, moves Weir’s alleged information to, at the very least, third-hand sources and thus places a serious question mark over its already questionable credibility.

If we are however to believe Weir’s affidavit, then he was brought to a meeting at a house owned by an individual called Gary Armstrong, prior to him joining what republicans have termed the ‘Glenanne gang’. At this meeting, whereby a ‘gang’ of supposedly professional killers and bombers were inviting the as yet un-blooded and un-trusted Weir to consider joining them, those present decided to provide their potential new recruit with a vast overview of the intricate details of every action they had carried out. Actions that could have landed them all in prison for the rest of their lives. Does this really sound like the professionally organised and secretive group of killers that the republican narrative would have you believe existed?

Weir’s affidavit was published by the Barron report in 2003. This report was relied upon heavily by Anne Cadwallader in Lethal Allies. Indeed within the book Ms Cadwallader states that following his enquires, Judge Barron was in no doubt that loyalists were actively protected by the security forces.

Yet within this report, in reference to Robin Jackson and others, Judge Barron says they were “reliably said to have relationships with British Intelligence and/or RUC Special Branch officers. It is reasonable to assume that exchanges of information took place.”

Therefore in Judge Barron’s own words it was ‘reliably said’ loyalists had relationships with the security forces. He did not say he was in no doubt that loyalists were actively protected. The account put forward in Lethal Allies is quite simply a convenient interpretation applied to Judge Barron’s words, and is not a true or accurate reflection of what he actually said.

It is also prudent to note that Judge Barron said it was “reasonable to assume that exchanges of information took place“. Therefore in his own words the Judge is merely assuming that there was ‘collusion’. This is quite a long way short of him apparently being in ‘no doubt’, as alleged by Ms Cadwallader.

It is abundantly clear that the latest republican legacy film, this time focused on the so-called ‘Glenanne gang’, is simply another attempt at furthering the legacy agenda of those wholly committed to not only re-writing the past, but in doing so providing a justification for the murderous deeds of the IRA.