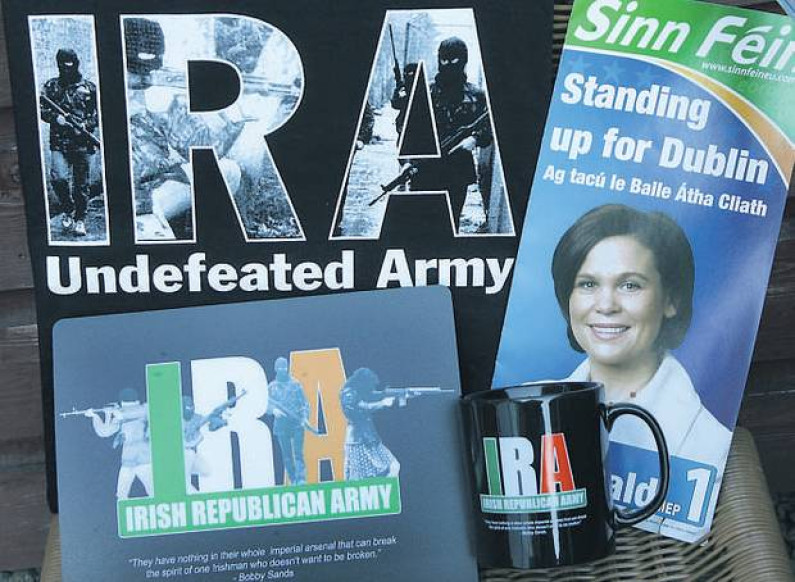 There has been significant discussion in recent weeks in relation to the vulnerability of the so-called ‘peace process’. These conversations always deploy the aforementioned linguistic amalgamation of two entirely separate stand-alone issues in order to present the narrative that if one refuses to support the ‘process’ then one must be opposed to ‘peace’. It is a moral manipulation straight out of the New Labour playbook, and it is no surprise that it was contrived during Blair’s reign.

Peace is an absence of violence; it is ceasefires and a commitment to non violence. The ‘process’, which by its very definition must have a beginning and end, is the Belfast Agreement which is a political agreement enshrined in law by the Northern Ireland Act 1998. These two issues should each stand on their own merit, however they do not; we are told that we must support a political policy/agreement in order that we can live in peace. It is appeasement that would have shamed Oswald Mosley. In the words of Michael Gove, the Belfast Agreement is a “moral stain” on the British parliament.

It is because ‘peace’ and the ‘process’ have been entwined that there is now fertile ground for nationalism to threaten the stability of one in order to put pressure on the other. Democracy is held with a gun to its head.

In all of this there appears to be a civic and media obsession on taking the temperature of the republican community in relation to the threat to peace. Both mainstream and dissident republicans have upped the rhetorical anti in recent months, and even the Irish government has got in on the act. Despite this there has been very little attention paid to loyalism, a community in which anger grows by the day and where there is a very clear feeling that ‘enough is enough’. Even some normally moderate and progressive unionists are now wholly hostile to the idea of further nationalist appeasement, and rightly so.

The once minority viewpoints of anti-agreement unionism has now been adopted by mainstream unionism, therefore it is natural that those of us who formerly occupied the minority anti-agreement space would now find it necessary and advantageous to harden the stance even further in order to try and seize the opportunity to rectify what anti-agreement unionists see as the huge error of the Belfast Agreement. That is a legitimate political strategy.

It is in this political context that there exist loyalist paramilitary organisations which encompass a whole broad range of political viewpoints. Loyalist organisations existed as a defensive mechanism against the IRA; that is the core historical reason for their existence. They were born in a vacuum and acted as a means to structure loyalist fears and anger into a defensive movement. People can agree or disagree on the rights or wrongs of the path loyalist paramilitary organisations subsequently travelled, however it is undeniable that the motivation was one of fighting back against the IRA.

It is well publicised that loyalist organisations are undergoing conflict transformation programs to civilianise. This is often misunderstood with ‘do-gooders’ simply putting forward solutions usually articulated with variations of ‘lock them all up’ (they don’t appear to grasp that the logic of this is arguing for a de-facto form of internment) or that loyalists just need to ‘go away’. I have made the argument before that firstly if any person, and that includes loyalists, are involved in crime then this should be robustly dealt with by the PSNI. This must be done fairly and within the law; I do not think anyone would object to that. And secondly, loyalists can’t just ‘go away’ because loyalist organisations don’t exist because of a hierarchy command structure or because of a name, they exist because of social cohesion built up over years of conflict and loyalist ex-combatants live in loyalist areas, to where should they go?

The true challenge of transition, in my personal view, is not for loyalists to ‘go away’ but rather to use the social cohesion and structures of influence to facilitate positive activism within the confines of law and democratic process. It is to get to a place where positive influence doesn’t cross the line into coercive control, and yet the strong social cohesion born out of the loyalist movement continues to thrive in a positive community based manner.

However, this transition currently exists within the context of a political situation whereby there is an increased dissident threat, talk of a threat to peace by mainstream republicans and an aggressive deployment of language by the Irish Government. We also have what I believe is now a majority view within unionism that is anti-agreement and entirely opposed to any further appeasement of nationalism. On top of all of that we have a pan-nationalist movement trying to use Brexit to force a border in the Irish Sea, a sickening re-writing of the past seeking to justify the terrorist campaign of the IRA and an ongoing cultural war.

All of this is creating a powder keg of anger, fears and resentment within the broad unionist community. It is precisely the vacuum that existed during the formative years of the conflict when loyalist organisations came into being to act as a means of structuring and challenging the loyalist desire to resist the terrorist campaign of the IRA and the initial shattering of peace.

It doesn’t take a genius to work out that creates a very dangerous scenario; one that in the absence of the restraining influence of established structured loyalist groups could lead to a perfect storm propelling another generation into conflict. In that context some may take the view that loyalist groups continuing to exist as structured entities is a necessary, and perhaps even desirable, evil. That is not to say that view is either right, or wrong, but rather to outline the logic of such a position. Sometimes it is better the devil you know.

This analysis is a personal one and should not be taken as being reflective of loyalist organisations, all of whom will have their own positions and viewpoints. But I do feel it is important that the conventional narrative is challenged; at a time when loyalist anger is at boiling point, certainly the most militant I have experienced in my adult life, perhaps breaking down the very structures that have the capability to channel and at times even restrain those militant community impulses is not the most pragmatic approach. Nor is seeking to criminalise loyalists for political purposes.

Of course, all of that must be set separate from criminal activity, which is unacceptable. It is for the PSNI to investigate crime and they should do so robustly, but fairly. That means treating everyone equal under the law and ensuring everyone is held equally subject to the law.

No sensible person would ever want to see Northern Ireland once again engulfed in violence. It will solve nothing beyond creating a circular cycle of destruction from which we will eventually end up back at the same place- politics. That is why it is essential that the Government and policing structures must be firm and robust in the face of the increasingly offensive posturing by nationalists and violent republicans.

It is this offensive upping of the ante that once again has the potential to move loyalists into defensive structures. Political leverage can not be gained via the threat of violence and those nationalists/republicans seeking to do so should reflect on the fact that they are playing with matches next to a fuel tank, risking a disastrous and unwanted outcome that would engulf us all.