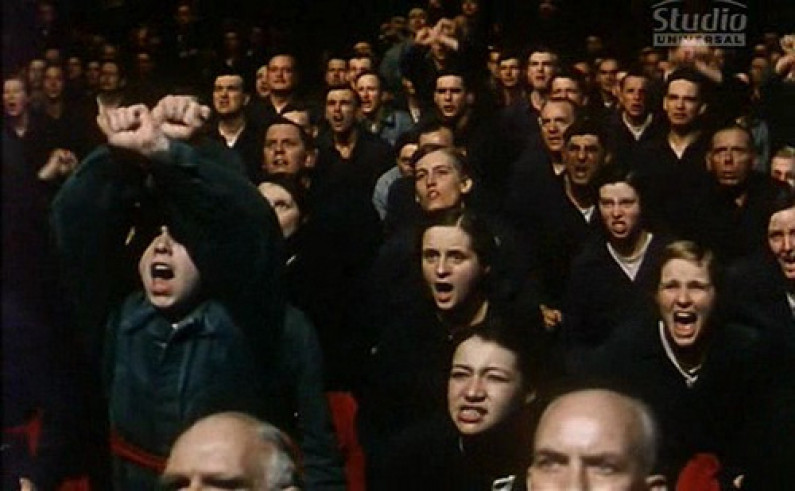 Let me preface this article by making clear that I support the necessary regulations put in place as part of our collective effort to fight the Covid-19 pandemic. We all need to collectively do what we can to save lives and help the NHS. All sensible and reasonable people are onboard with that and fully support social distancing.

But I do not support the Orwellian slide into a police state via the excesses of some police forces behaving like a Stasi and I don’t support menacing the public with laws which do not exist, regardless of whether such menacing has an underlying noble intent.

The legal regulations (which are entirely different from guidelines) are unprecedented and draconian, but given the unique nature of the public health crisis we face, it is my view that they are- on balance- justified, but only for so long as is absolutely necessary. This abnormal suspension of freedom and liberty must never become normalised.

It is vitally important that the rule of law is upheld and the fundamental principles of our democratic society are respected. It is a very simple process; we elect those we wish to represent us; such persons make laws- by a majority of elected members- via legislation, and then public servants in the form of the police enforce those laws. This is the fundamental basis of governing via consent.

Some police forces however have behaved in a manner far beyond even the extraordinary and unprecedented powers which have been granted to them via legislation. A worrying example of how a society could quickly, and passively, slide from liberty to tyranny. Lord Sumption QC, a former Supreme Court justice, raised this point on BBC Radio 4 just last week.

We then had a Police force in England telling a father he had to remove himself from his own garden and stay indoors after he had been exercising with his children. On what legal basis did this officer menace this man in the confines of his own home?

Some police forces, including the PSNI, have went even further and set up online portals to allow citizens to report on each other if there is a breach of ‘guidelines’. It is Orwellian; report your neighbour for breaching regulations which in some cases do not exist. This engenders social disharmony, confusion and encourages people to turn inwards on each other.

As such it has empowered tell-tale-tits to peep from behind their curtains to observe whether one of their neighbours has dared to venture outside for their second walk of the day. This of course even though there is nothing in the law which prevents a person going outside to exercise as many times a day as is felt necessary, so long as social distancing is observed.

It creates a ‘school prefect’ society and nowhere more so than on twitter. A simple glance, even here in Northern Ireland, would show you how some of the most attention seeking members of the liberal elite are displaying their moral superiority by using their (often small) social media platforms to cast judgement on others.

Society has been whipped up into a frenzy and we are not stopping to assess some of what is going on with reason and logic. For goodness sake police forces are threatening people that they will police their shopping; that’s an excessive power grab, it does nothing to save lives. If someone is at the Supermarket anyhow and then whilst there they collect a bottle of wine or box of chocolates (non-essential items) then how on earth is this any more a risk to public health than if they had simply only purchased the essential items in the same shop?

As one of the foremost legal minds in the UK Joshua Rozenberg QC pointed out on twitter; the police need to know the difference between guidelines and the regulations. They have power only to enforce the latter.

In Northern Ireland the PSNI have decreed that you can not travel to exercise. This is simply wrong in law. There is nothing to prevent travel in furtherance of a reasonable excuse as defined in Regulation 5 (2) of The Health Protection (Coronavirus, Restrictions) Regulations (Northern Ireland) 2002.

Responding to the PSNI’s decree on Thursday evening prominent lawyer Darragh Mackin of Phoenix Law tweeted “A questionable interpretation of the regulations”. His tweet was short, sharp and very diplomatic, but the point was clear; they are making it up as they go along.

Indeed the PSNI are flatly contradicted by the College of Policing guidance which states, inter-alia “people will want to exercise locally and may need to travel to do so, we don’t want the public sanctioned for travelling a reasonable distance to exercise”.

The PSNI further erred in a tweet on Friday morning whereby they produced a graphic creating two categories- one for when you can travel and one for when you can leave home. There is absolutely nothing in the regulations which creates such a division. You can leave home to travel in furtherance of a reasonable excuse as defined (non-exhaustively) in the regulations, indeed how would one travel without leaving home?

There are many people who respond to such criticisms of the police by saying “so what, they are saving lives”. It is important to deconstruct that popular hyperbolic response.

If we as a society, at any time, surrender all our freedoms to the police and consent to them quite literally becoming the law, then at what point does that stop?

If we delve into Reductio ad Absurdum (it seems we as a society may have already willing passed that point mind you) for just a moment; say, for example, you were travelling along on a wet day in a 40mph speed limit zone and are pulled over by the police. They say, “good afternoon, we have spotted you travelling at 35 mph and given it is a wet day we have come to the subjective conclusion that isn’t sensible and is a risk to public health”. You protest that you are acting within the law and travelling within the speed limit, however the officer sanctimoniously pokes you in the chest and says “we think it risked public health because you could have skidded. Therefore, here is a £60 fine and 3 penalty points. Now on your way you despicable criminal.”

That is the logical end point of simply suspending the rule of law and handing it over to the police to make up as they go along without any scrutiny. And if ever you needed an example of why no police force could ever be trusted with such powers, you only need to look at the excesses of some forces inside less than 3 weeks.

This is a glimpse of what happens when the police get unchecked power. When such power is provided under the cover of an emergency, ironically it is the very citizens who will be subjugated who willingly cheer on the hand-over of power.

These regulations have worked because the public have largely consented. We all know this is necessary. But it’s coming very close to the point where many reasonable law-abiding people are starting to feel it is all going a little bit far. Police Forces, cheered on by the twitterati, are behaving in a manner which- as Lord Sumption QC says- is shaming our tradition of police officers being citizens in uniform.